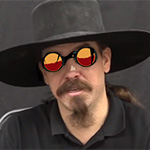 Sometimes I wonder what I like more about VR games – the immersion of a head-mounted display, the expressiveness and fidelity possible with touch controls – but perhaps it’s the fact that this new technology, which threatens to be the new frontier of existence, has its own inherent limitations.

With a modern engine and a modern console/PC, you can do pretty much anything you can think of, and you can do it quickly in a performance-friendly manner as long as your concept isn’t about traversing a house of mirrors, battling pet mirrors, or being a mirror salesman. How depressing is it then, that the big games of today – from Ubisoft genre fare to battle royale to the newest FromSoft dodgeroll-em-up – seem to have settled on a rather similar type of world and game structure? The consensus appears to be something like: “Dude, it rules in video games when you’re traversing a grassy field or comparable environment by holding Forwards or Accelerate, with perhaps a few incidental and mostly harmless enemies scattered around.” We gave up train levels – levels set entirely aboard and on top of a train, the coolest thing possibly imaginable – for this?!

But this doesn’t play so well in VR. Spending the majority of the playtime of a game traversing simple environments sucks ass in VR. This is for a few reasons:

This is why all the popular VR games tend to be set in fairly small, self-contained or linear environments – it’s not quite for the sake of performance. Even a huge, well-textured heightmap and water plane is very cheap indeed to render and seemed to please fans of Breath of the Wild well enough1. But what do we do with a game now that we’re not mostly going from Point A to Point B at a mostly fixed speed?

H3VR proposes that you spend this time shooting and operating firearms, and it’s a hard proposal to refuse. The context of this shooting and operation doesn’t seem to matter all that much to the developer – the game’s many different modes, or “scenes”, vary greatly and have little in common but the guns. Excellently implemented stars of the show, all – with a wider selection than even the most bloated of FPS games, each one offering interesting variations and little challenges all their own2. Rack slides, toss magazines, go akimbo, try all the stupid shooting stances your heart aspires at, find out just how footery reflex sights actually are.

This is the delight of VR to me – it gets back to the joy of simply operating a video game, and is forced to put aside a lot of other bogus things. It gets back to a time of having to become Good at the Controls. It’s for this reason, not the simple visuals necessitated by rendering at massive resolutions at 90Hz, that the best VR games feel rather retro to me, in the best possible sense.