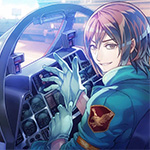 The latest incarnation of the Project Diva games – available for PC, which is a bit of a treat. Though what absolutely isn’t a treat is having played these games for years on some type of Playstation and finding myself with only an Xbox controller to play with – every single “X” note becoming a test of my console loyalties. Thankfully, the on-screen prompts can be changed to whatever you like, even if awkwardly tucked inside the “Customization” menu.

The visual nature of the game may initially be frustrating – super-flashy, colourful, well-animated music videos overlaid with music notes coming in from seemingly random directions – but a funny thing about this presentation is how it rewards you in a rather strange way for getting better and better.

As you start out, your eyes glue theirselves to whatever notes you can perceive, trying desperately to figure out the buttons and rhythms while the funny dancing robot girl tries her best to distract you. But as you get better and better, you start to get more of a sense for how this game tends to lay out the notes and structure its rhythms – as well as memorizing the rhythms for your favourite tracks – which gives your eyes more affordance to wander.

With your eyes not so glued to the minutae, you can scan further and further ahead to prepare yourself for whatever comes next. Indeed, this is a fundamental skill, which reaches universally from rhythm games all the way over to STGs. But in this case, you get to actually look at the music video going on in the background. The art and animation on a lot of these videos is so well-done that it seems strange for this series to have originated on handhelds – burning so much of a PSP’s meagre battery for a silly game about pressing buttons on strangely-mapped beats! – but they become both a motivation and a reward for uncoupling your gaze from each individual note.

Your reward for getting better and better is that you get to look at Miku. And while I’m not really a Vocaloid superfan, it seems quite fitting for a game about a virtual idol and her pals – and the songs that many a talented musician have got her to sing.